: The peaceful days of the Galactic Republic are over and the ten major races vie for supremacy of the stars. Some seek to expand into the cosmos and CRUSH all that stand Between them and their manifest destiny. Others seek to unlock the mysteries of the ancient beings that built the network of hyperspace gateways and then vanished into history. And some fight their battles with words and bribes at the Star Chamber, the neutral planet where the laws of the Galactic Republic are still enforced and skilled rhetoric and bribery can win wars before they start. Star Chamber is an online multiplayer strategy game that combines a tactical board game with the customizable game elements of a Trading Card Game. You can win a game by one of three ways. You can pursue a military victory by capturing your opponent`s home world. You can win a cultural victory by controlling the Artifact worlds of the ancients, building monuments and GeneRally playing nice while your opponent brings out the planet-busters and assassins. You can achieve a political victory by winning enough critical votes at the Star Chamber to earn you supreme executive power over the Republic. With 10 playable races (each with their own special abilities), hundreds of cards, dozens of maps and multiple ways to win a game, Star Chamber offers limitless strategies.Star Chamber: The Harbinger Saga is Worlds Apart`s re-launch of the critically acclaimed Star Chamber game. Feature a new block of cards and a new software client that includes 3- and 4-player games, single player campaigns, detailed tutorials and a revamped tournament system! The first set of the Harbinger Saga, "The Atok Incident" launched in December of 2005 with 300 new cards, look for "Descent" and "Maelstrom" to release in 2006!
​ 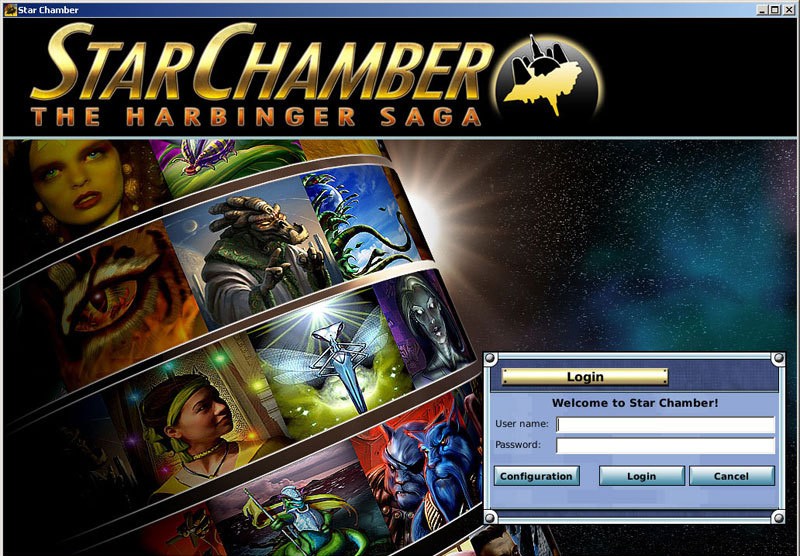 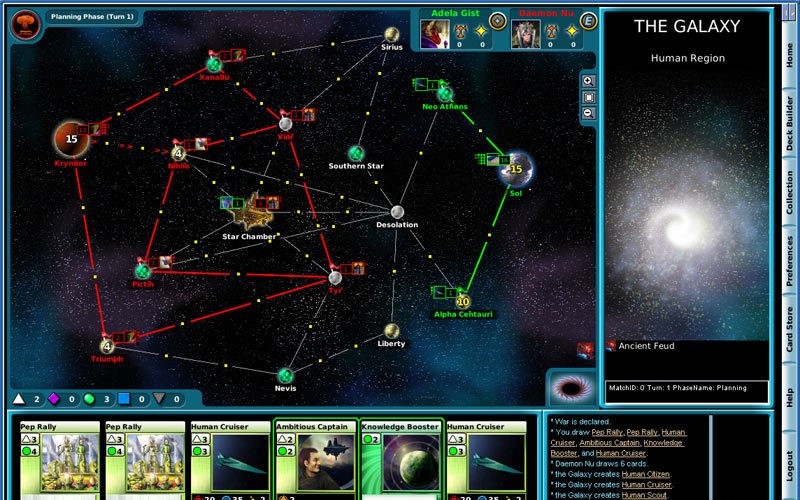 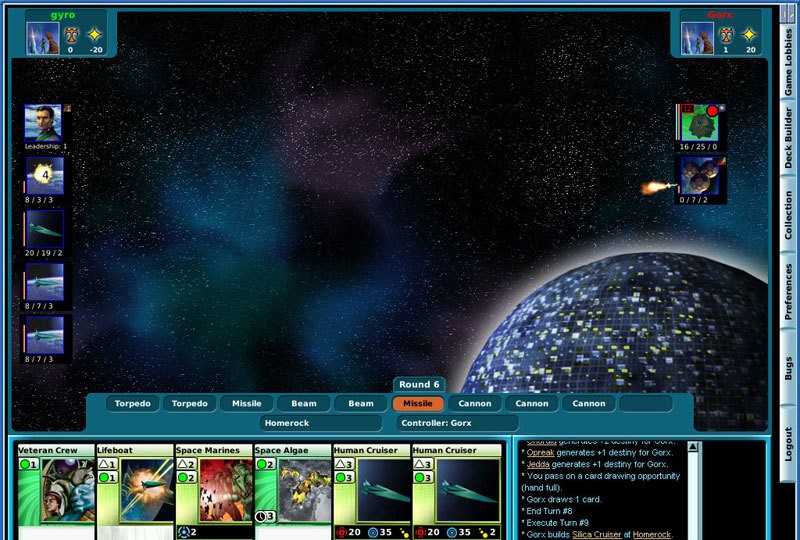