Front Office Football 2007 is the sixth installment of Solecismic Software`s award-winning professional football simulation.In Front Office Football, you play the role of your favorite team`s general manager. You determine your team`s future through trading with opponents, negotiating contracts, bidding for free agents and building through the annual amateur draft.You can also play the role of the armchair coach, setting game plans and depth charts, or even calling each play from an extensive playbook.You can determine ticket prices and submit stadium construction plans for public approval. You can even move your team if the public won`t properly support your franchise.The 2007 version tracks 135 statistics for every athlete who has ever played a down in your league, as well as 182 team and league statistics. Front Office Football now features Solevision, a system for watching the enhanced text play-by-play recaps for an entire week`s worth of games.Front Office Football 2007 includes a multi-player career mode, allowing you to compete in a league with up to 31 other enthusiastic general managers. Features:-A realistic trading module. You can`t simply take the players you want from other teams. -Proper aging of players. Players at different positions age differently. Quarterbacks need a couple of more years to reach their prime, but their careers last several years longer, on average, than running backs.-The amateur draft. Teams realistically assess their needs, and build through the draft.-Statistics. All the major stats are tracked and are available at any given time. Career and full season-by-season statistics are tracked in 135 different categories, including Red Zone and Third Down numbers. You can view and sort statistics by team, category and position. It`s fast and accurate. Front Office Football also tracks and displays 182 different team statistics and league totals.
​ 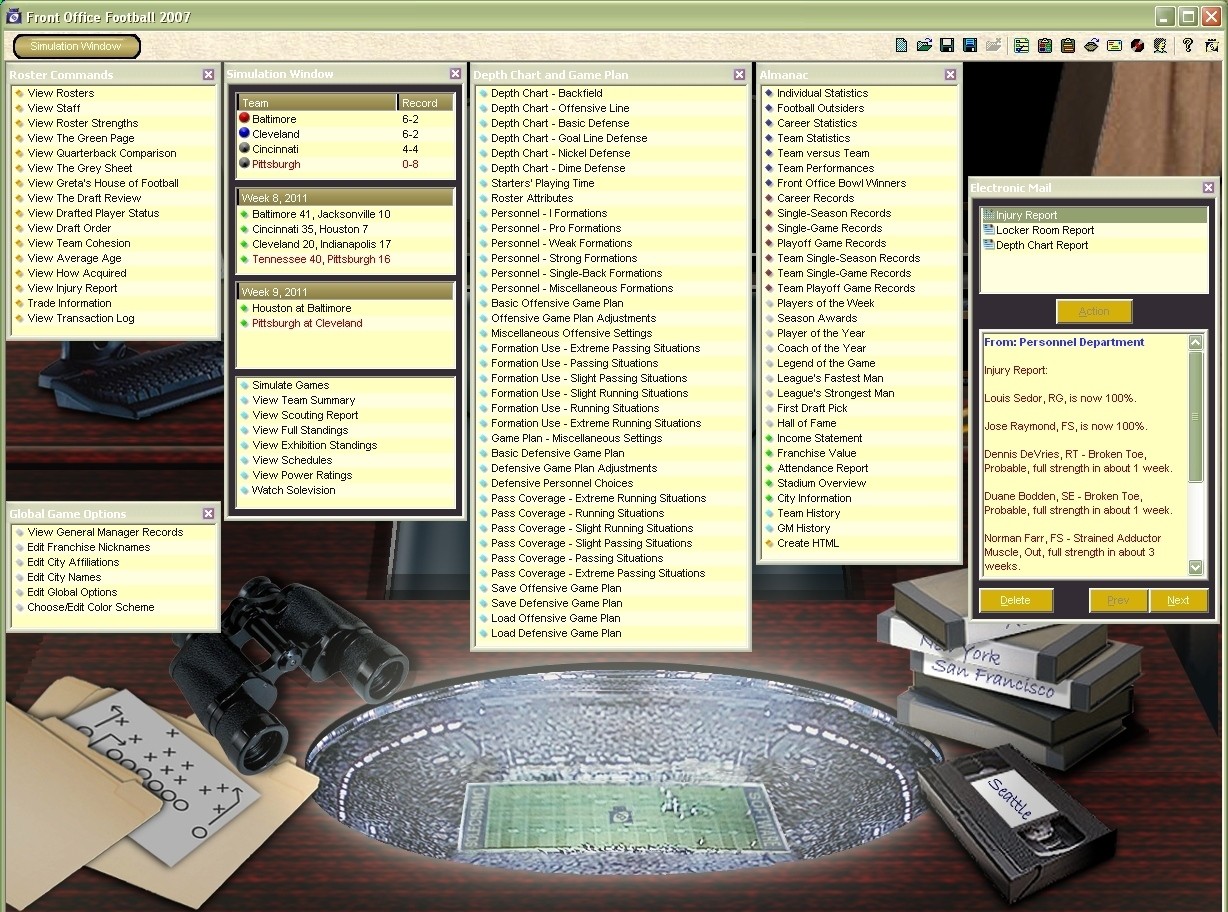 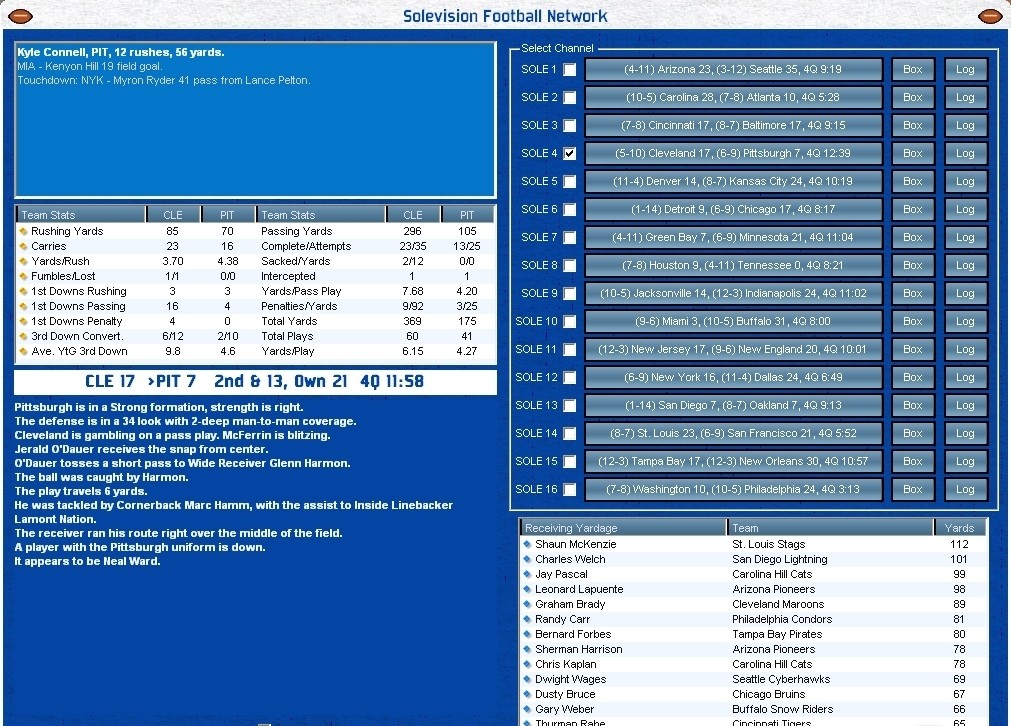