One hundred and sixty years into our future, humans have traveled beyond their solar system and into the depths of space. In an effort to replace EARTH`s dwindling resources, dozens of mining colonies have been built on planets scattered throughout the universe. Each Colony is maintained and governed by the colonists themselves, but is ultimately the responsibility of the Imperial government back on Earth. The first of these colonies was on Primus IV, the smallest planet in the Primus system. The colonists were heralded as heroes as they left for Primus and quickly began the task of building Earth`s first outpost in the stars. The colony thrived and was considered to be humankind`s finest achievement and a blueprint for future colonization efforts.Dogs of War is a real-time, action-packed, tactical game set in a full 3D environment. Battle takes place with up to 200 individual units split Between 3 opposing Forces, across sprawling battlefields of up to ten square kilometers. There are more than 40 different unit types to command, including infantry; mechanised units and alien creatures; and a diverse range of camera modes, including long-range strategic and 3rd-person views. With 20 enthralling single-player missions and a host of multiplayer levels, Dogs of War will be played well into the millennium.
​ 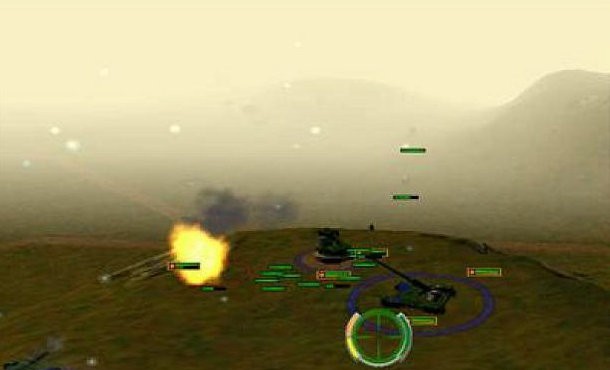 Including Range Across Sprawling Battlefields