NBA Inside Drive 2000 is an intense and exciting basketball game. You`ll find all the speed, power, and energy of the NBA - but with one major difference: you`re no longer a mere spectator. Drive to the hole, toss one from beyond the arc, give it up to the big guy in the paint, or take it coast to coast.This Trial version puts you in a rematch of the 1999 NBA Finals, with the never-say-die New York Knicks squaring off against the champion San Antonio Spurs. You can play a full game with two-minute quarters at rookie level. You can set your starting lineups and make substitutions, and check team, player, and in-game stats. You can play against the computer or a human opponent on the same computer. You`ll hear play-by-play from NBA announcer Kevin Calabro.
​ 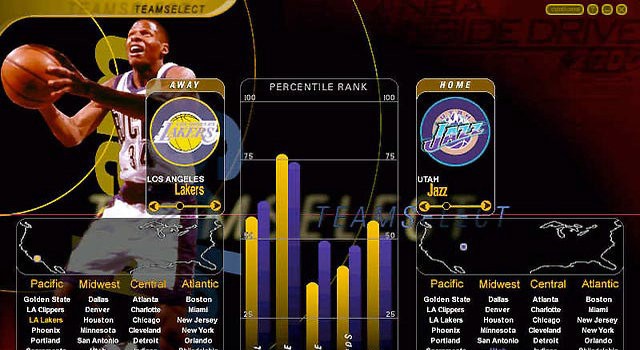