The year is 1467 and civil WAR has Broken out. The authority of the Ashikaga Shoguns has collapsed and it is every man for himself in the provinces. Honor and duty vie with Survival in the delicate dance of power, conquest and betrayal as you attempt to unite the land of the Rising Sun through a combination of deal-making with foreign powers, sending your powerful samurai armies into battle against your enemies, and unleashing shadowy Ninja clans under the cover of darkness to assassinate your rivals!Features:Control a noble family in Feudal JapanRise in Influence and power within your clan and go on to claim the ultimate prizeConquer and grow while rewarding your most valued retainers in your bid to become ShogunDetailed historical map of Japan during the warring states periodMake deals with external powers, including the Portuguese and the DutchEmploy the aid of powerful Ninja clans when your Samurai armies are not enough
​ 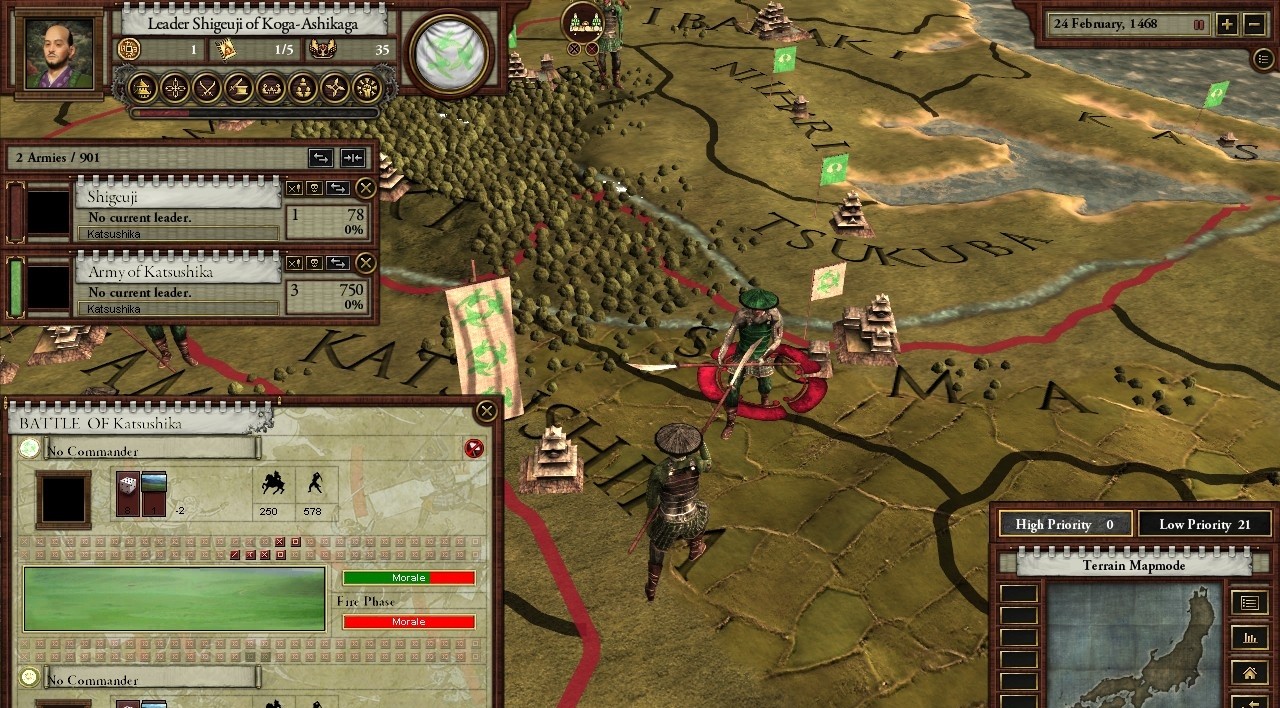 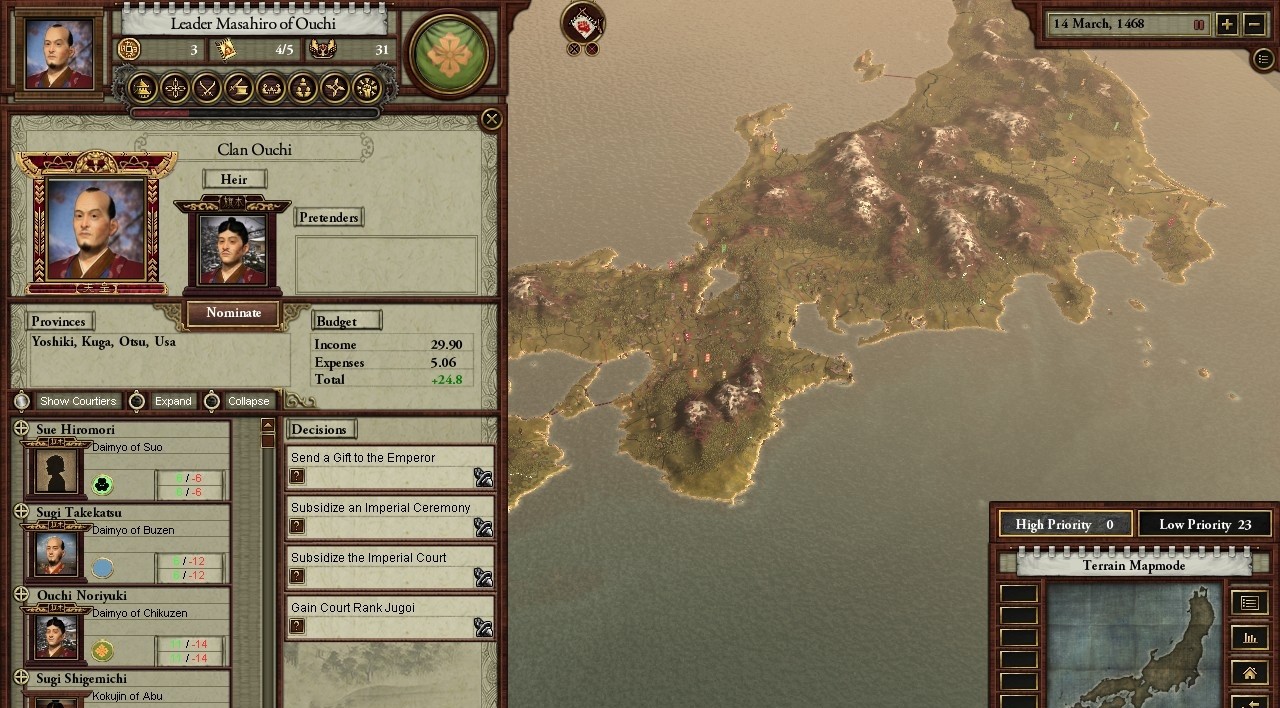 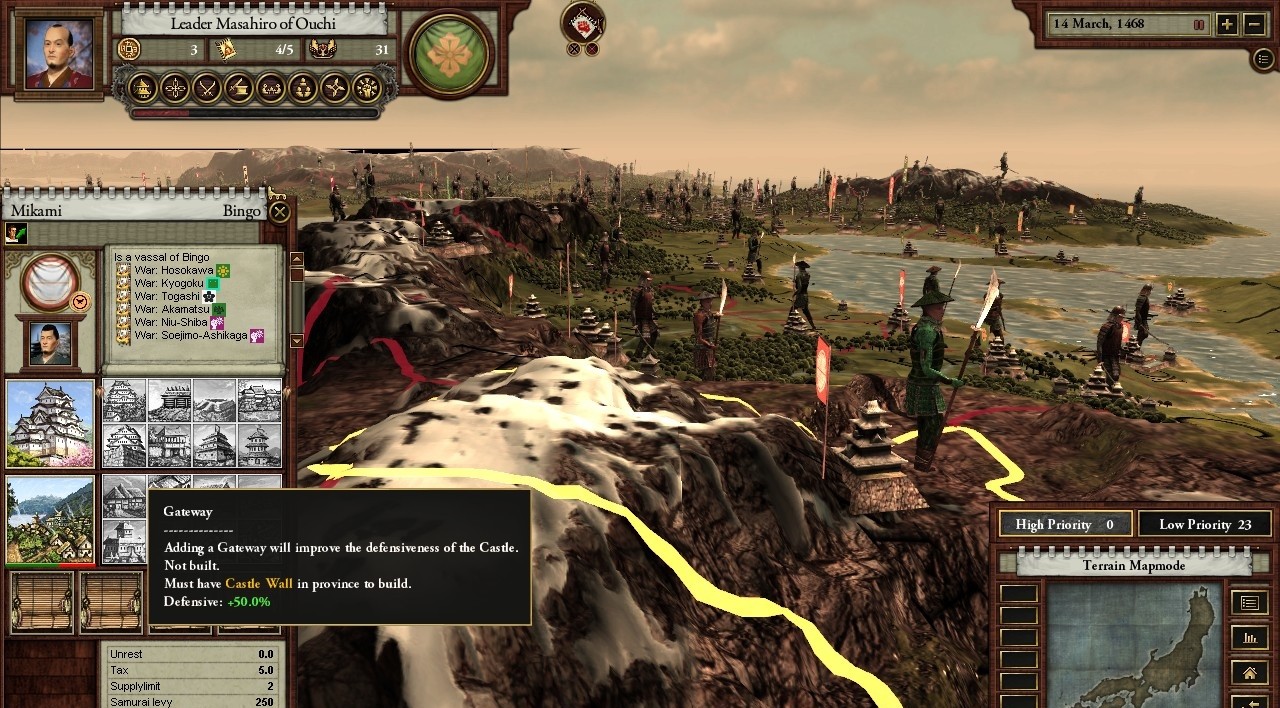