Strategic Command - European Theater is WWII Grand Strategy at its best. As the supreme commander of the Axis or Allied Forces, the player shapes the fates of the nations at WAR during the Second World War in Europe. Political options, research and upgrade of equipment, management of supply and resources and the strategic employment of one`s armed forces are some of the keys to success.With limited phase restrictions and wide open turns you are in complete control to try many different approaches and entertain just as many possible outcomes. The future of Europe and perhaps ultimate glory is in your hands.There are 6 major campaigns to play from either the Allied or Axis side and each begins at a key moment in history and lasts until you achieve ultimate victory or surrender in devastating defeat. Begin in 1939, on the eve of the German Invasion of Poland or 1940 as the Axis turn their eyes toward the Low Countries and France. Launch Operation Barbarossa in 1941 in the East or start in the summer of 1942 as the Germans aim to clear the Volga and capture Stalingrad and key resources in the South. Take command in 1943 during the Kursk offensive or prepare for the Allied invasion of Fortress Europa in 1944.Rewrite history by snatching complete victory early or fight to the bitter end throughout 1945 and beyond.Game play is turn based with each turn lasting from 1 week up to 1 month depending on the season. Designed for replayability and realism, options include fog of war, Free French forces, Russian and Yugoslavian Partisans, scorched EARTH strategies, war in Siberia and thoroughly implemented features for sea transport, amphibious assaults, strategic bombing, industrial production, research and development, declarations of war, historical and random nation neutrality and allegiances as well as other political mechanisms.
​ 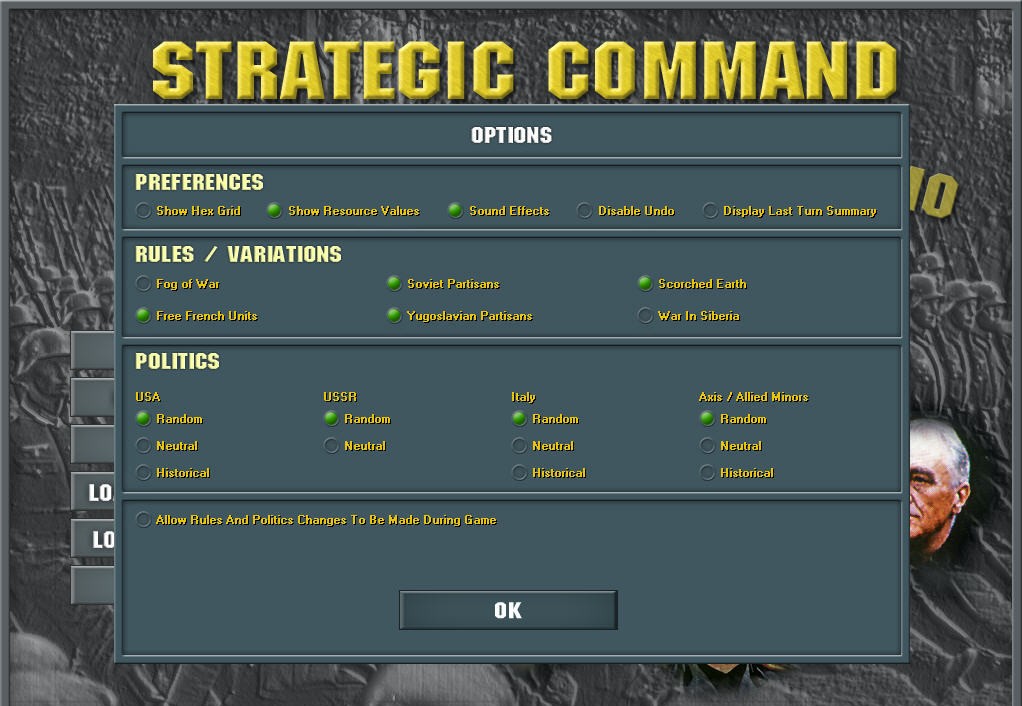 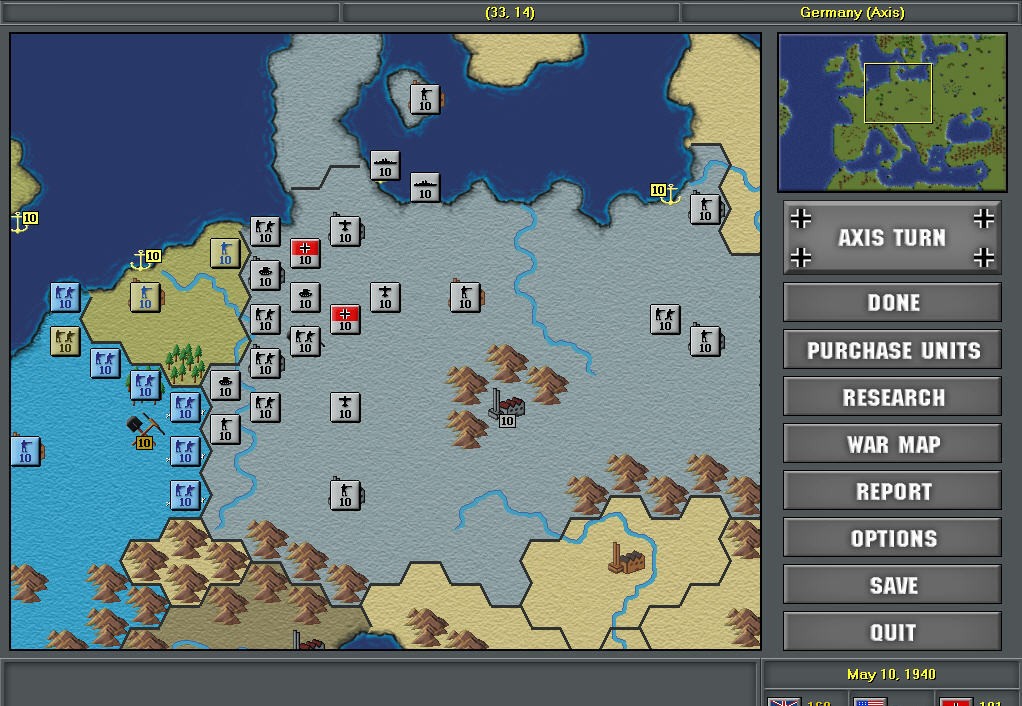