This game is played by 4 players. Each player is dealt 13 cards and the game is played trick by trick. The player who starts the trick lays one card, and the other players must follow suit if he can. The player who layed the highest numbered card (A is the highest, 2 is the lowest) wins the trick, and starts the next round. Spades are trump cards, so if a player has played a spade and it is the highest ranked spade in that trick, then he can win that trick. Spades cannot be used to start a trick unless it has been played in previous tricks. The players sitting opposite to each other are partners. At the start of each hand, each player must estimate (bid) the number of tricks he can win. If the combined number of tricks won by the partners is equal to the combined bids, then they get points equal to the bid times 10. If the number of tricks won is lower, then they lose the same number of points. If the number of tricks won is higher, then for each extra trick one point will be given. But they will also be counted as a bag point, if the accumulated bag point exceeds 10, then 100 points will be deducted. If a player bids zero, then the tricks he wins will no longer be combined with the hands of his partner`s and his partner must make the number of tricks he bidded by himself. If the player bidding zero makes it, then the team will be awarded 100 points, otherwise 100 points will be deducted. A player can bid zero without looking at his cards, if the player can make it, then the team gets 200 points, otherwise they lose 200 points. The game ends when one side reaches 500 points or the other side reaches -200 points.
​ 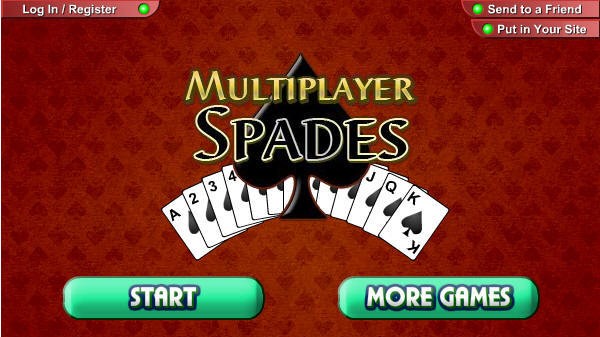 More in Card & Board