Arcade simulator of air Duel with additional elements. The battle of two airplanes in flying Clouds over sea. Nice menu, bright graphics, dynamic scene and beautiful gameplay, as well as music accompaniment and sound effects. Two mortal enemyes are meeteing in the open sea. Only one of them will survive. General purpose of the game - destroy enemy`s plane. The possibility of the game two players at the one computer and also single game. Also present artificial intelligence, which can become the worthy enemy for you. There are three different scenes. Each scene demands new strategy. Meteorites, lightnings, SubmarineS, rockets and other things will not allow to be bored. Now you can try to destroy the submarine. Just shoot the rocket and observe. New nice graphics and dinamic different music.
​ 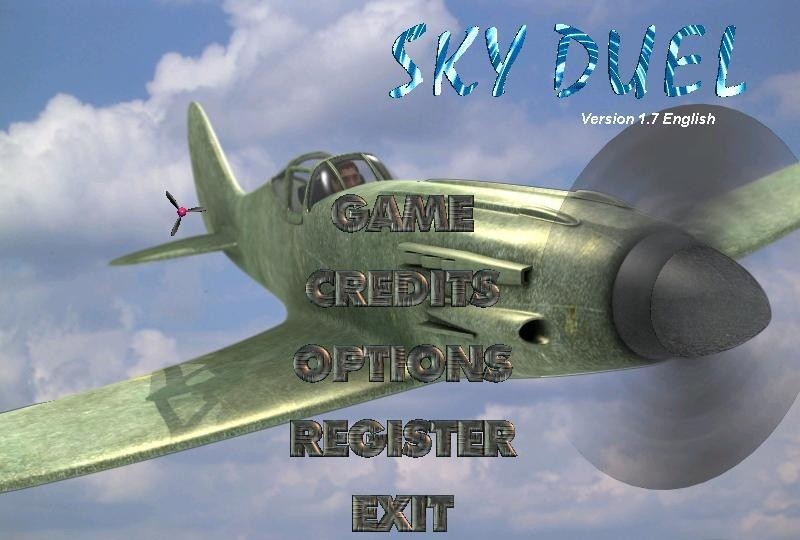