The game is set on a chain of ten islands, each one with a different theme. Each island provides four rounds of gameplay, and once these are complete the player moves to the next island in the chain. The islands get progressively more difficult, with enemies moving much FASTER on the later ones. These are depicted on a map screen before the start of each island. The three secret islands are not visible before fulfilling certain conditions; see the Diamonds section for more information. Most consumer versions of the game completely lack the secret islands.The main characters are Bubblun and Bobblun, the protagonists of Bubble Bobble (known as "Bub and Bob" in the U.S. release). However, in this game they appear in their human forms as "Bubby" and "Bobby", as opposed to the "bubble Dragons" of the first game. Also unlike the first game, players must now "alternate" (i.e., take turns), with player one as Bubby (green shirt), and player 2 as Bobby (blue shirt) (as with the first game).The player`s singular special ability is The Power to Create rainbows (similar in concept to Rainbow Brite`s powers, but much more linear). These manifest as arcing trails left by a bouncing star. Unlike their physical counterparts, these rainbows are solid and can be walked upon by the player, or by enemies. If they are not collapsed by the player, they remain fixed in space before eventually disappearing, either after a number of seconds, or if a large number of rainbows have been created since (there can be only a finite number of rainbows on screen; approximately eight).Rainbows can be used either defensively or offensively in order to defeat various enemies.
​ 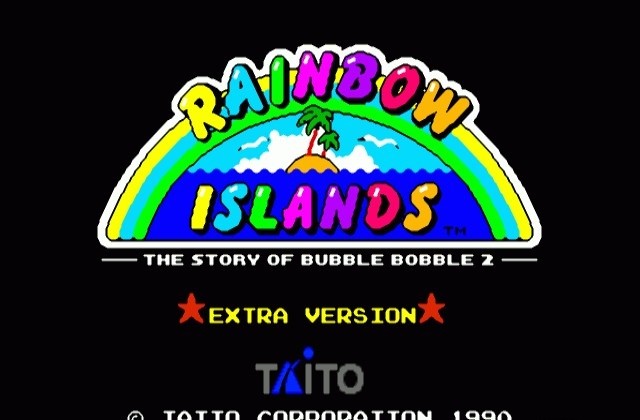 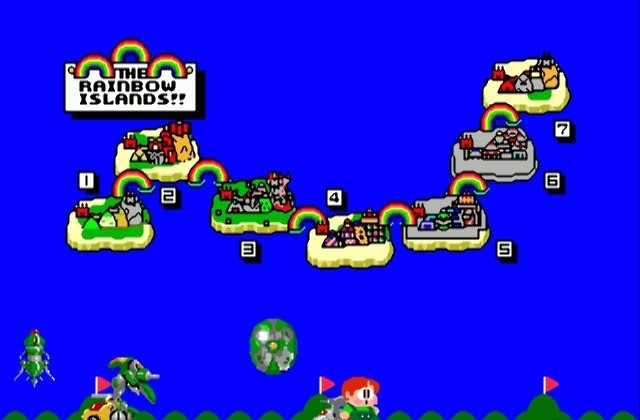 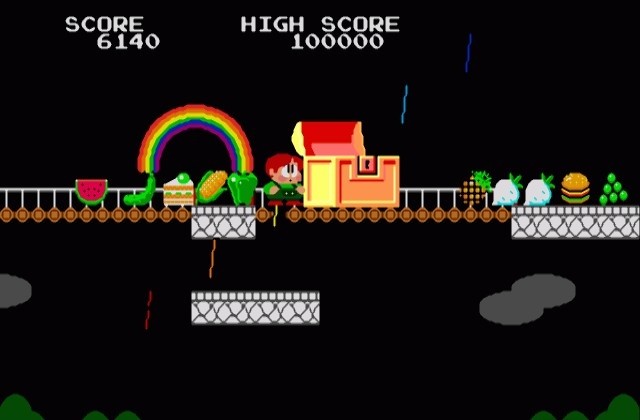