Mega Man 2, known as Rockman 2: The Mystery of Dr. Wily in Japan, is a video game that is a part of the original Mega Man series by Capcom. It was originally released in July 1989 on the Nintendo Entertainment System in North America and Europe, and on the Famicom in Japan.Mega Man 2 is a platformer and action game like its predecessor, Mega Man. The player controls Mega Man, a robot who fights for peace, as he travels to defeat the Robot Masters of Dr. Wily. Mega Man gains the signature weapon of each Robot Master after defeating him. The Robot Masters have weaknesses to the weapons of certain other Robot Masters; therefore, choosing the order in which the levels are played is a vital component of the gameplay. Mega Man battling through Quick Man`s level.While matching the Robot Masters` weaknesses to one another is an important component of Mega Man 2`s gameplay, an additional component is the superiority of many of those weapons to Mega Man`s standard weapon. The Quick Boomerang, for example, is able to kill some enemies that no other weapon can. The Metal Blades are capable of attacking in all eight directions and are much wider than Mega Man`s regular weapon, making it much easier to deal with flying enemies. Either weapon, particularly the blades, can make formerly difficult sections of the game much easier.
​ 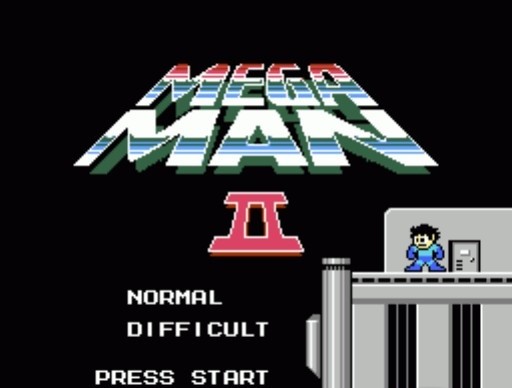 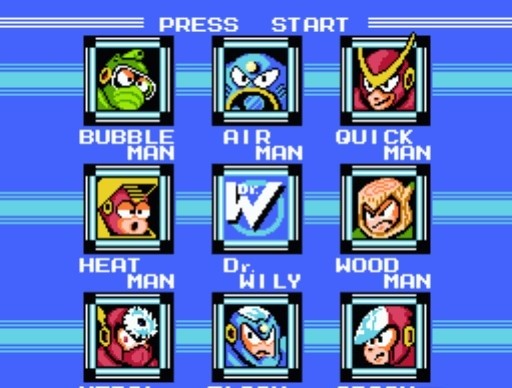 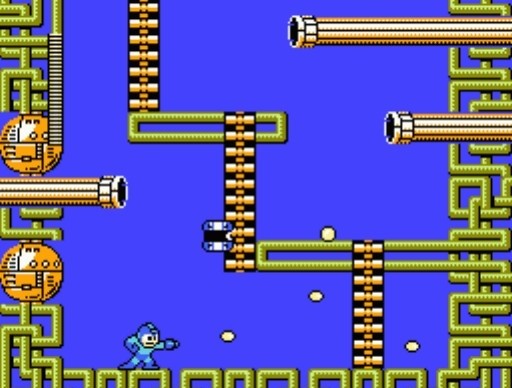