The Atlantis Factor is the title of a NES video game developed by KID and published by Capcom in the United States in 1992. The game is a sequel to the G.I. Joe video game released for the NES by Taxan in 1991.StorylineCobra Commander somehow survived the last time he fought the G.I. Joe team and this time he is plotting to use the long lost powers of the Atlanteans in his bid to rule the world. The game`s format is similar to that of Capcom`s Bionic Commando series with an overhead map of the various sub-stages, and bosses (Overkill, Cesspool, Firefly, Major Bludd, Destro) located at Cobra bases sprinkled throughout the game. Cobra Commander is the final boss at the end of the game once again.Game charactersThere are several playable characters in the game, each with his own unique style and abilities. Once players have discovered a character, they can `decide` which characters will come with them, and alternate Between them during gameplay by pressing the â??pauseâ?? button and accessing the pause menu. Each character has their own agility, stamina and strength rating, although they are not shown unlike the previous game.
​ 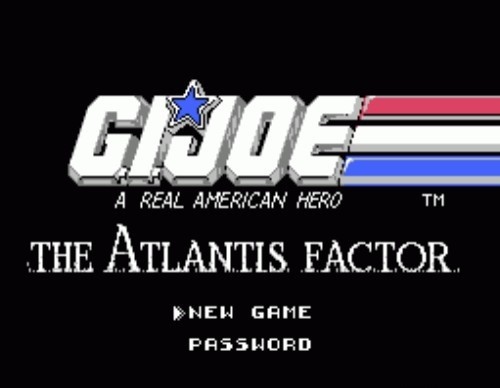 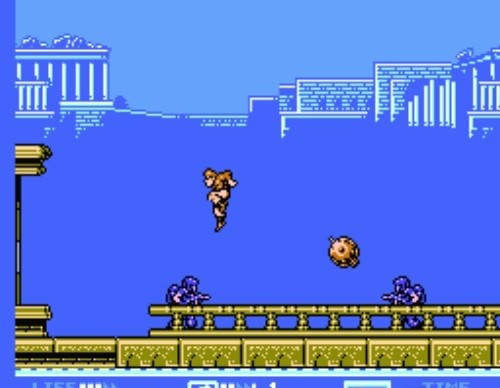 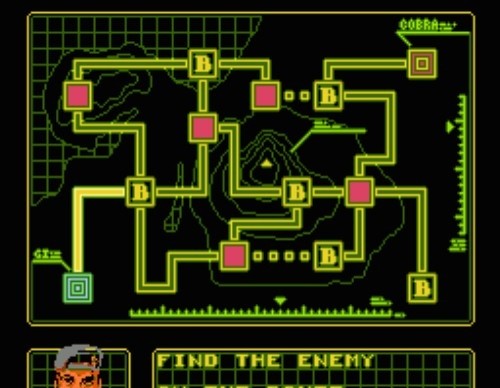