WWII Pacific Theater the third, and newest, game in the award winning Strategic Command series. WWII Pacific Theater shifts the Focus from Europe and into the steaming jungles and islands of Asia- Pacific. WWII Pacific Theater is a standalone new game and does not require any of the previous titles to play.For the first time, players will be able to wage war across the massive expanse of the Pacific Ocean. From British occupied India, Tibet, Nepal and China in The West to Pearl Harbor and the West Coast of the US and Canada. WWII Pacific Theater features the largest map yet in the series at 198x82 tiles in size.Command the Forces of 5 major and 23 different minor nations. 20 different unique unit types are portrayed and modeled with up to 30 different characteristics and stats. To add historical flavor and replayability, over 150 different in-game events are now depicted including the Doolittle Raid, Mirill`s Marauders, Japanese Midget Sub attacks on Pearl Harbor and even the decision to drop atomic bombs on Hiroshima and Nagasaki. 8 mini-campaigns feature various operations including Midway, Macarthur`s struggle in the Philippines, the defense of India by General Slim`s courageous and outnumbered 14th Army, the Allied liberation of Burma, The Island assaults of Okinawa, Iwo Jima and Pelelui plus the entire New Guinea campaign.Also included is a full "Mega-Campaign" which covers the entire conflict beginning with the December 7th 1941 surprise attack on the US fleet at Pearl Harbor and playable until the middle of 1947, in case you need that long to gain ultimate victory!
​ 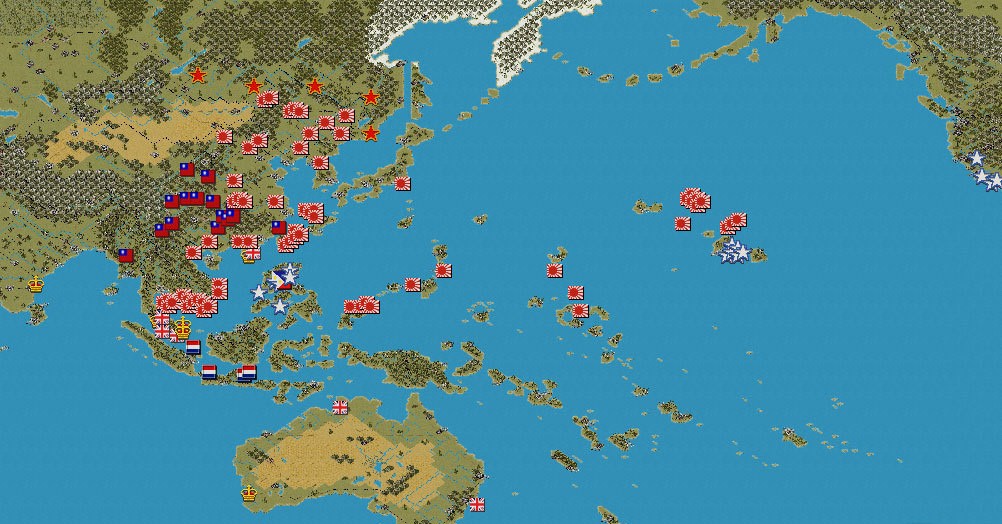 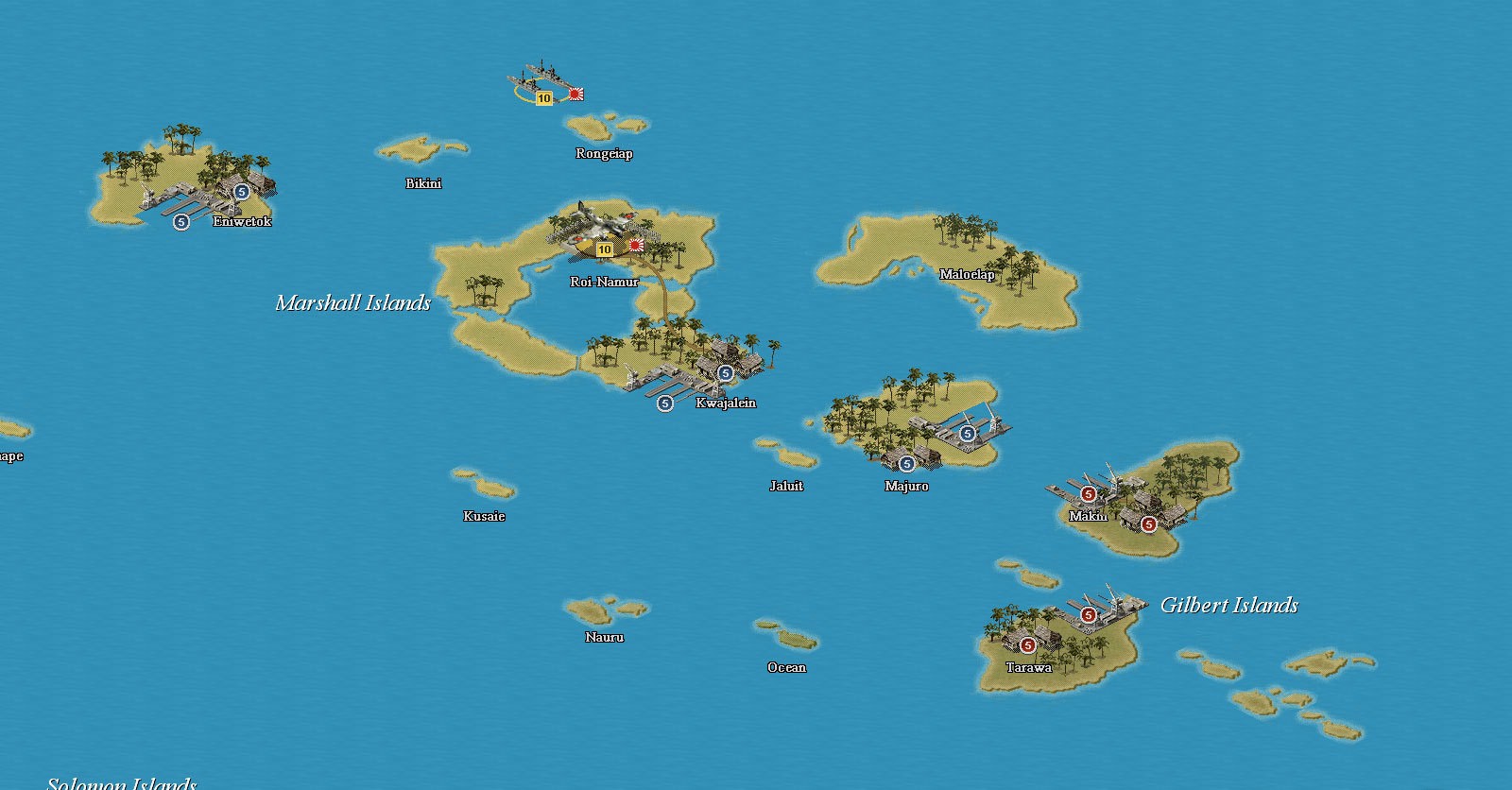 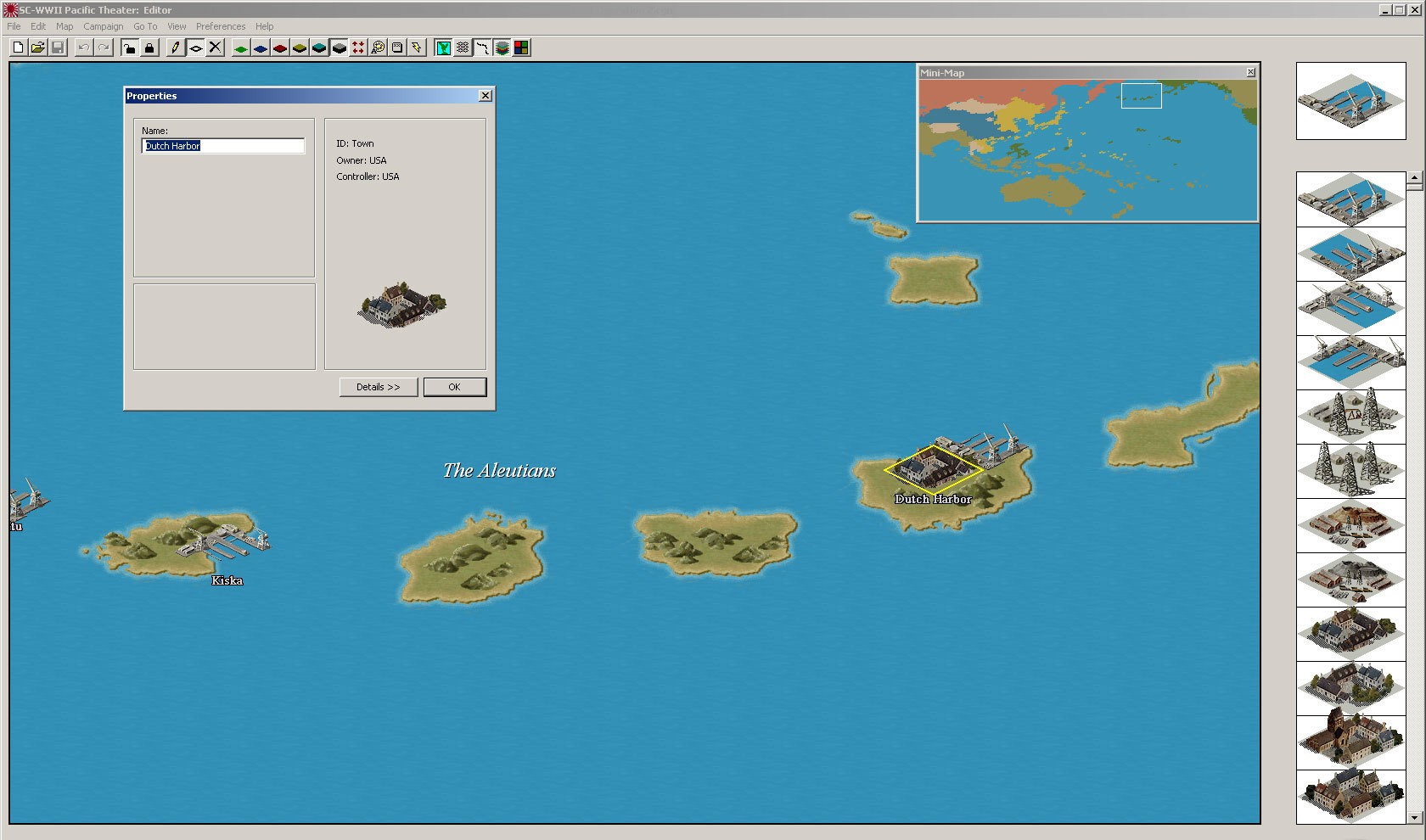